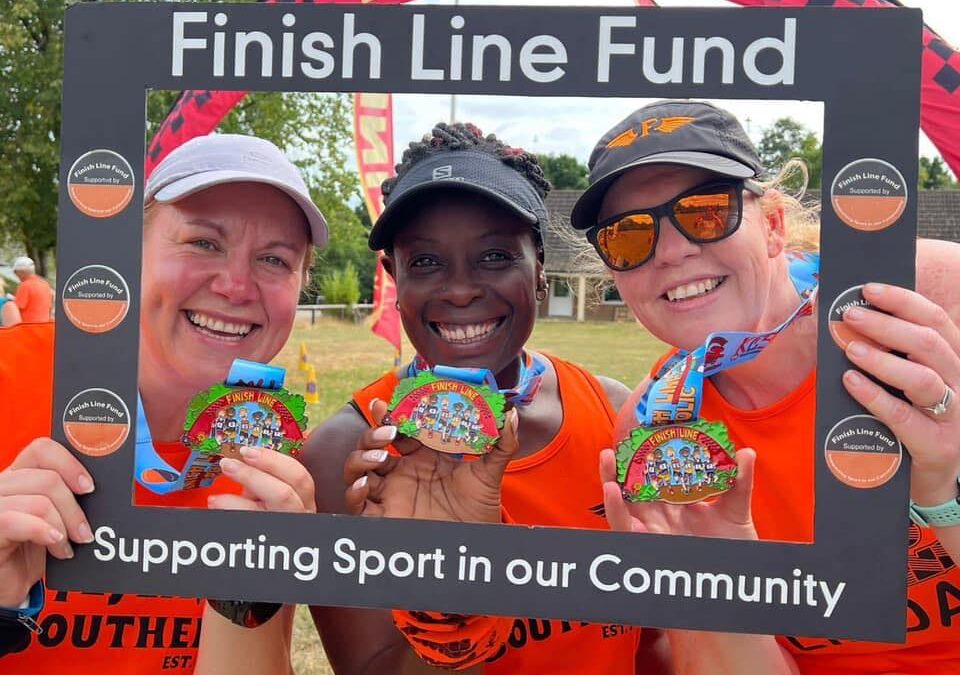 AFTER raising nearly £4,000 for charity this summer, entries are now open again for next year’s Finish Line Frolic cross country run in Hockley.

This year’s event saw 115 hardy souls line up for a mass start to compete over a 5km course with the aim of completing as many laps as they could within six hours.

It was organised by local running events specialists Hare & Tortoise and held at Belchamps Camp in Hockley.

The race was held to help boost the coffers at Finish Line Fund (FLF), which raises money to help seriously injured runners and their families, and promotes amateur sport in east Essex.

The FLF was set up in 2014 after the death of a Flyers Southend Running Group member Nick Palmer, who collapsed after he finished the Southend half marathon.

The route started at the Belchamps Scout Centre and passed through pretty Gusted Hall Woods and nearby Hockley Woods.

Pitsea Running Club’s Mike Woodward, 44, was the overall and male winner as he raced through ten laps in a time of 5hr 21m 50.6sec.

Leigh-on-Sea Striders’ Jemma Lee, 37, was the top woman out of 47 competitors as she completed eight laps in 4hr 15min 30.5sec.

She was closely followed home by UKRunChat Running Club’s Alice Robinson, 25, who took just under 13 minutes more to finish her eight laps.

They all managed to raise a terrific £3,854, a total which included kind donations from myRaceKit, Southbourne Physiotherapy, and Malcolm Keys Consulting.

The 2023 Finish Line Frolic will be held at the same location on Sunday, July 30, and you can sign up to take part by clicking this link.